Today we celebrate the reunification of Jerusalem. Today, 48 years ago , the barriers of Jerusalem came down and once again all religions of the world could come to  pray at the sites that are sacred to them. 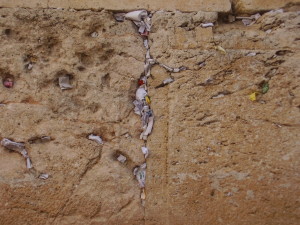 People  write their prayers and wishes and insert the pieces of paper into the Wall’s crevices. Once a month the notes are removed and buried to  make room for more.

When Jerusalem was first accessed all that remained of this ancient synagogue was the famous arch – but during the ensuing years many plans were put forward to rebuild it. Eventually in the beginning of this century the building started and in 2010 it was rededicated. 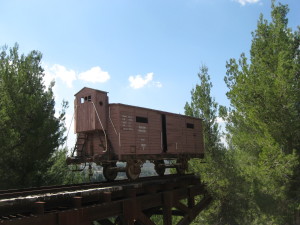 Remembering our history is an important part of our life and memorials to the many attempts to annihilate us can be found all over the country. The largest memorial to the Holocaust in Yad Vashem in Jerusalem.

But we never forget the horrors that others have also lived through and Israel was the first country ( and perhaps still the only one) to memorialize the terrorist attack on the Twin Towers on 9/11.

But today Jerusalem is also a thriving modern city which attracts tourists and pilgrims from all over the world and of every religion. They enjoy the modern conveniences of 21st century life coupled with the ancient, sacred memories of the past. The parks, hotels, gardens, museums, shops and markets are but minutes away from King David’s City and the reamins of the  Temple and to those of us who are privileged to call this city our home each part is just as alive and relevant to us today.

The Prophet Samuel’s yahrzeit ( anniversary of his death) is also on Jerusalem Reunification Day. Thousands visit his tomb today on a hillside a few minutes from my home in Ramot .