I have to admit it- I never imagined I’d ever have breakfast a the Waldorf Astoria.
But that was before they opened up the Jeruslaem branch.

Well, as an Israel travel writer I had to visit it didn’t I? I mean it would have been remiss of me not to?

In many ways it is just like every  Waldorf Astoria. The same ( well, at least similar) iconic clock. (In case you’re wondering how I know about all the others – it’ s only through internet searches.)

Even the traditional top-hatted doorman is there . Although it was odd to hear him speaking Hebrew.

One difference between the Jerusalem hotel and the others is that it has a Mehadrin hechsher (kashrus certificate) and the  restaurant on one side of the lobby serves only dairy food, while the one on the other side serves only meat meals.  And the section in the middle, I was told, is not  served food.

Which makes it a great place to go on a shidduch – when you want to be left alone to get to know your prospective spouse without being interrupted all the time and asked what you want to order. 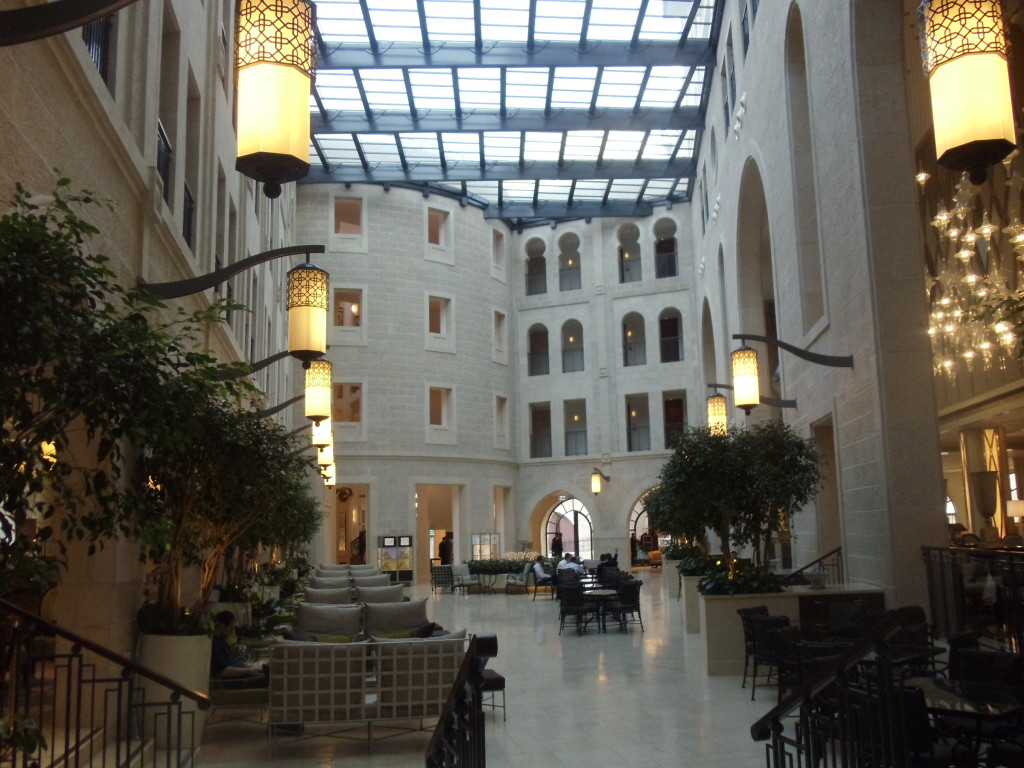