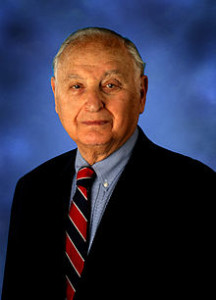 When Yehuda Avner died yesterday at the age of 86, Israel lost one of its most outstanding spokesmen.

To say Avner had devoted his life to Eretz Yisrael, is too clichéd for what he did. Apart from perhaps during his very early childhood in Manchester UK, I think  the State and people of Israel were always the most important things in his life.

From pre-State days as a founder of Kibbutz Lavi, a religious kibbutz in Galilee, through being advisor and speechwriter to four of the country’s Prime Ministers: Levi Eshkol, Golda Meir, Yitzchak Rabin and Menachem Begin, he worked behind the scenes in building the country and making its position known and understood by the rest of the world.
He came out from behind the scenes to act as Ambassador in London and later in Australia and also held diplomatic positions in New York and Washington.

But the most fascinating aspect of Avner’s life was not that he was eye-witness to over 60 years of history – but that he was ear-witness (OK  I made that up) to some of the most important  political  decisions that were ever made. He sat in on meetings where those present felt they were determining   the life and death of the Jewish people in Israel. He admits himself that although he was meant to take notes and often worked as secretary as well as speechwriter, those notes were meant to be destroyed …….. but weren’t.
And the result was his brilliant book The Prime Ministers where readers get to  hear what was behind all those heart stopping decisions regarding the Six Day War, Entebbe , the Yom Kippur War etc.

We are taught  in Tehillim  that “Life and death are in the power of the tongue” and so as spokesman and speechwriter Avner, a religious , observant Jew was told on several occasions that he should ‘break’ Shabbos in order to write something before the rest of the world reacted in a way that could threaten the existence of  Israel.
In one of his accounts he even tells about meeting Rav Shlomo Zalman Auerbach zt”l on Friday night in shul and telling him how he had walked out on a meeting just before Shabbos,  as he felt that no ‘pikuach nefesh’ (life threatening situation) was involved in what he was being asked to do – and from Rav Shlomo Zalman’s reply he understood that maybe he had made his own decision a bit too hastily.

Avner was a brilliant writer. He wrote with wit, enthusiasm, insight and had a wonderful ability to find just the right word.
To get a taste of his writing read this account of when he went to the Lubavitcher Rebbe with Yitzchak Rabin and this essay of how Prime Minister Menachem Begin ‘convinced’ the Knesset that El Al, Israel’s national airline should not fly on Shabbos.

Here is Avner’s beautiful account on how, during the British Mandate, the shofar was smuggled to the Kotel  under the noses of the British to be blown at  the end of Yom Kippur, strictly against their orders.

Eretz Yisrael and the People of Israel have lost one of our most outstanding advocates.