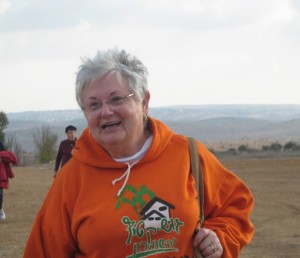 It was July 2009 – four years after the  Gush Katif expulsion. I was on the hills of Givat Chazan in  Lachish and  running to keep up with 68 year old  Rachel Saperstein, a former resident of Neve Dekalim, for an article I was writing. 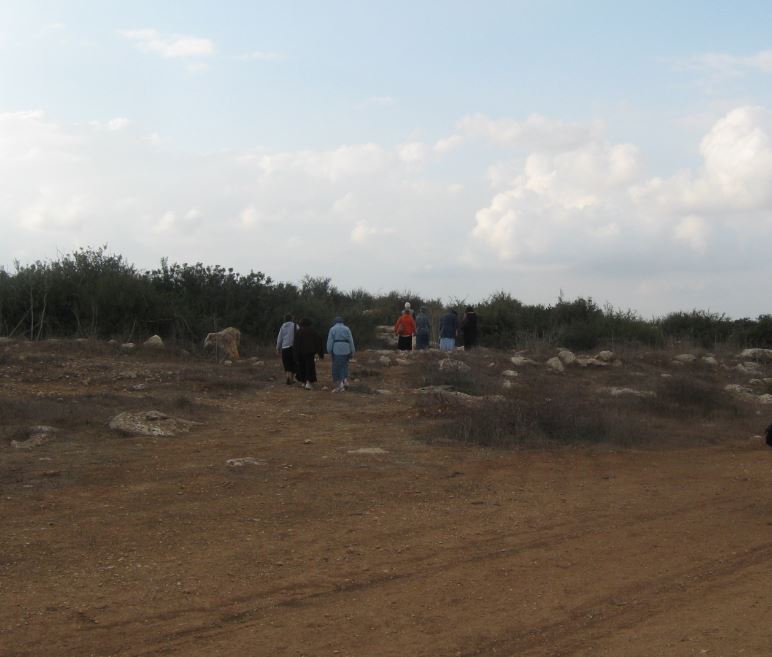 We were striding across the hills of Lachish while she was excitedly  pointing out where her future house would be , the clinic, the shops, the shul, the yeshiva.
Neve Dekalim had been the cultural center of Gush Katif and Saperstein had been their English language spokesperson during the harrowing months leading up to the expulsion.

For three years, after a year in a Jerusalem hotel,  she had been living in a ‘caravilla’   (cardboard boxes as the residents describe them) while waiting for financial compensation and building permission from the government.Now it had been finally granted and the tractors were due to move in to prepare the infrastructure for their new home and settlement.

Thank G’d her dream and vision is now coming to fruition …slowly. A few people have moved into the new Bnei Dekalim but there is still much work and building to be done.

Other settlements managed to get moving a little quicker and their moshavim  are already looking more settled and lived in. 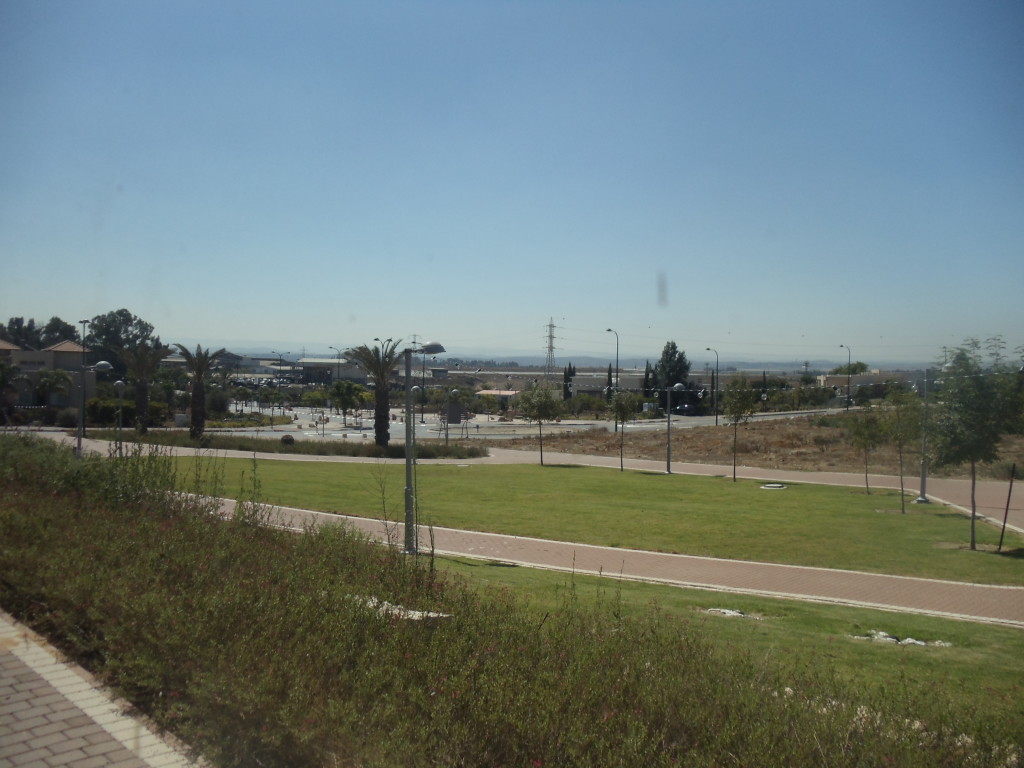 This week I went on a tour of new settlements with  International Young Israel Movement.

It’s a pleasure to see the new homes, shuls, schoools and ganim but nothing can make up for the unbearably long time it has taken for this to happen.

The story of the  bureaucratic  bungling, whether just a typical Israeli mess-up or deliberate, has been chewed over endlessly in the last few weeks. But the fact is that only  now 10 years later most of the former residents of Gush Katif are getting their lives back on track – and some of them can’t even afford to do it now.

How much money   they received from the government depended on a zillion different factors but they finally received it many  years after they were thrown out of their previous homes.

If untouched the money would be  enough  to build something. It was not enough to build anything like their lovely homes in Gush Katif but something smaller. In the meantime many of them  have been unemployed for 10 years ( try leaving a thriving farm at the age of 50 – 60 and  getting another job somewhere) and they have had to use their money for food and daily expenses , including  rent, children’s education / college etc as they had and still have, no income whatsoever. What they have left now is not enough to build a home of any size.

But the community spirit of Gush Katif lives on and those who are building are not going to leave those who can’t afford to build behind. They are urging to government to give extra allowances to people who have had to use their compensation to live on. 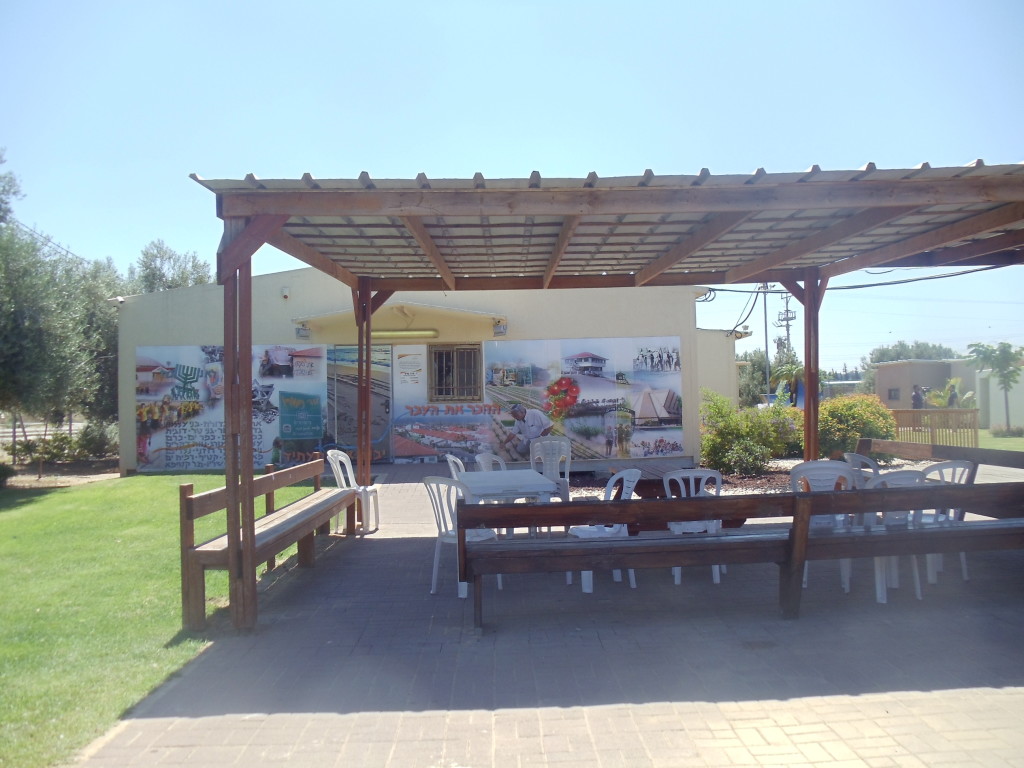 Some people chose to remain in Nitzan, where they lived in  caravillas ,and build their permanent homes there. Nitzan was also chosen for the temporary site of the Gush Katif Commemoration Center.

The Gush Katif Monument – a Magen David split by a palm tree – designed by the Shevu brothers. 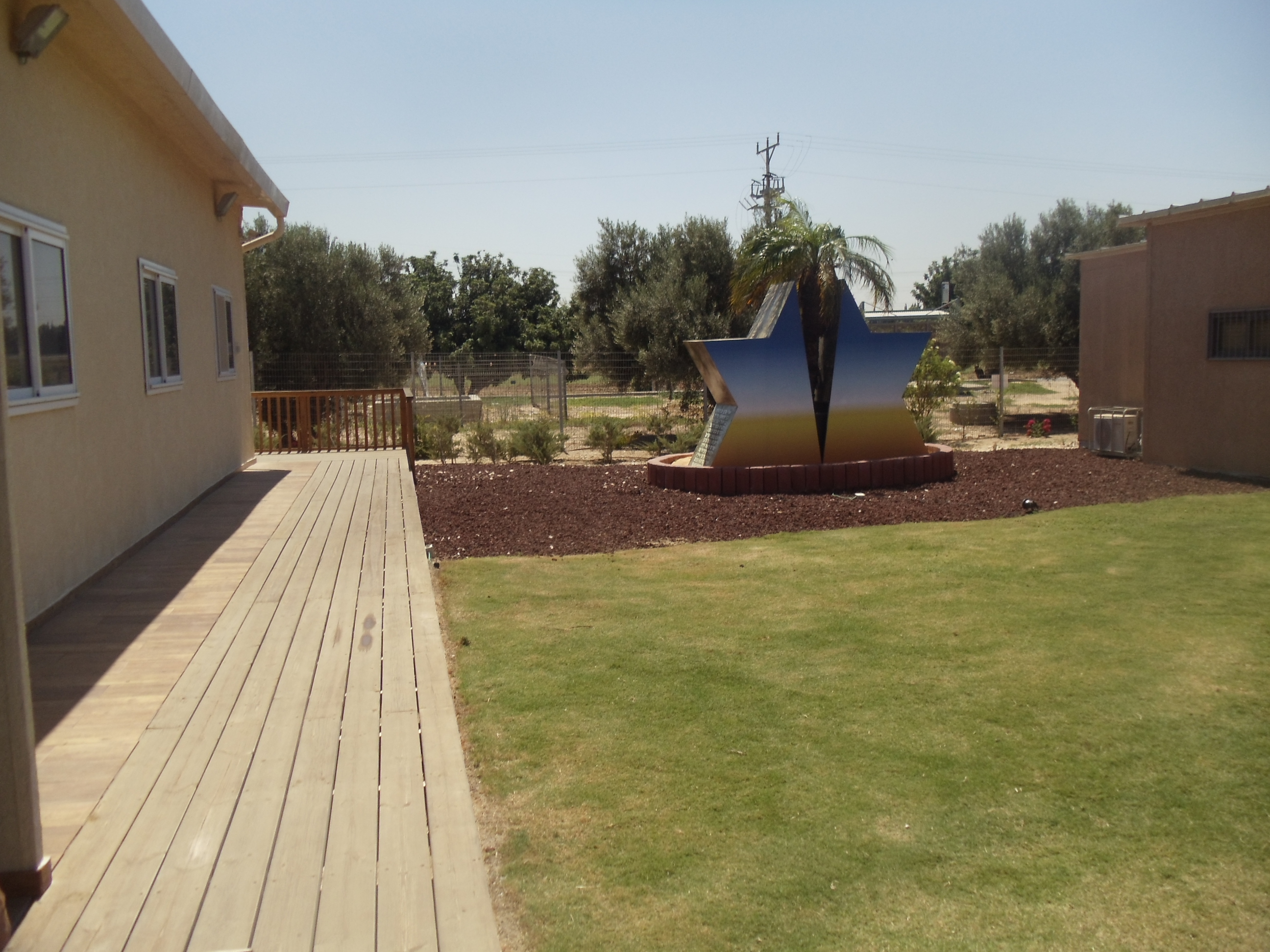 The story of the last months of the Gush is told to begin with through the eyes of the last  child born in Gush Katif. He tries to understand why his mother can’t bear to talk about his old home or see pictures of their old settlement. Films, newspapers, artwork and personal videos tell us the story from the beginnings of  Gush Katif  in the 1970s when it was  built with the blessing and encouragement of the Israeli government and army.  And finally we see  the months of  unsurety , the belief that ‘ it couldn’t happen’, to the final heartbreaking days when soldiers and police came to pull the residents from their homes, before sending in bulldozers to destroy the beautiful houses.

Each guide at this center lived in one of the settlements and so each one has his or her own personal story to tell, none of which are easy to hear.  Teenagers were amongst those the most affected, with the ideals and dreams they had been brought up with thrown back in their faces. Suicide, drugs and crime as well as loss of faith plagued this age group for some time and divorce  amongst parents going through the trauma was also not unknown.
Our guide left the room after switching on some of the videos depicting the last days. It was too painful for her to relive the trauma day after day.

There is some beautiful artwork in the center including this one which includes something from every shul in the Gush. 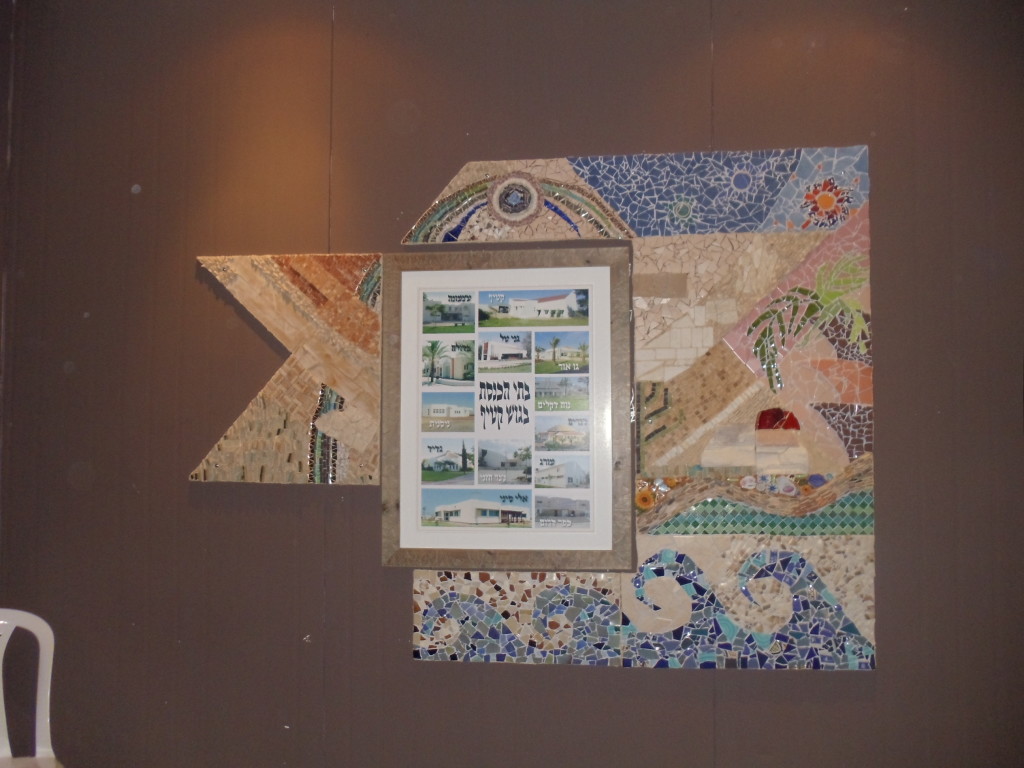 The ex Gush Katifers do not by any means wallow in the past. But ten years is a long time and many children growing up now have no recollection of the area at all so they are determined to keep the memory alive.

They are all looking to a bright future in their new homes…with one proviso. If the government were to say they could go back to their old settlements, every one said  they’d be on their way home today.